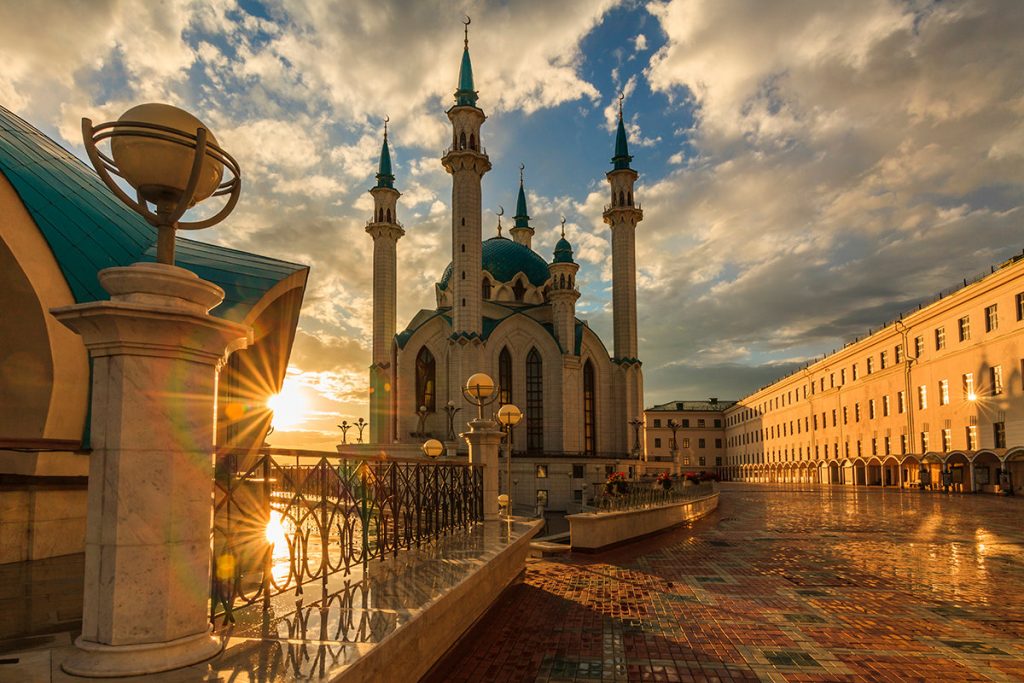 Kazan is the capital of Tatarstan, located in the north-west of Russia, on the left bank of the Volga River. In the central part of the city flows the river Kazanka, which divides it into two parts. In the south is the old town, in the north – a newer, beyond the river.

Since ancient times, Kazan has been and remains the most important city, which acts as an intermediary between the east and the west, plays a significant role in both the economic and cultural-international relations of the country. Kazan was included in the list of UNESCO World Heritage Cities; it is rapidly developing in all directions, approaching the best samples.

On the territory of Kazan historically live representatives of different nations. Here you can hear the speech of more than 100 nationalities. This is one of the clearest examples of how people of different nationalities and religions live peacefully in one city, in an atmosphere of friendliness and tolerance. Ethnic and religious diversity in the capital of Tatarstan persists for more than one century.

Translated from the Tatar, Kazan means – “boiler”, which really reflects the city’s turbulent and dynamic history. The capital of Tatarstan is categorized as “A” by its historical and cultural value, as well as its preserved heritage. Approximately 6% of the urban area is the historical center, which is almost 1,700 hectares. Kazan has always attracted tourists, and today it is officially the “third capital of Russia”. And there’s really something to look at: quiet old streets and wide modern avenues, green parks and blue water, minarets of mosques and domes of churches, western gloss and eastern refinement.

But Kazan is not only old, it is a dynamically developing city, offering tourists new places and attractions. In the summer it is the venue for festivals, exhibitions, competitions, and in the winter – a kilometer-long skating rink. This is a city of students. Higher education in Kazan is possible both in state and private universities. Physicists and lyricists, military and future security officials, doctors and farmers, musicians and architects, technologists and builders are studying here. It is a large industrial city. Here are concentrated the oldest and largest factories and enterprises.