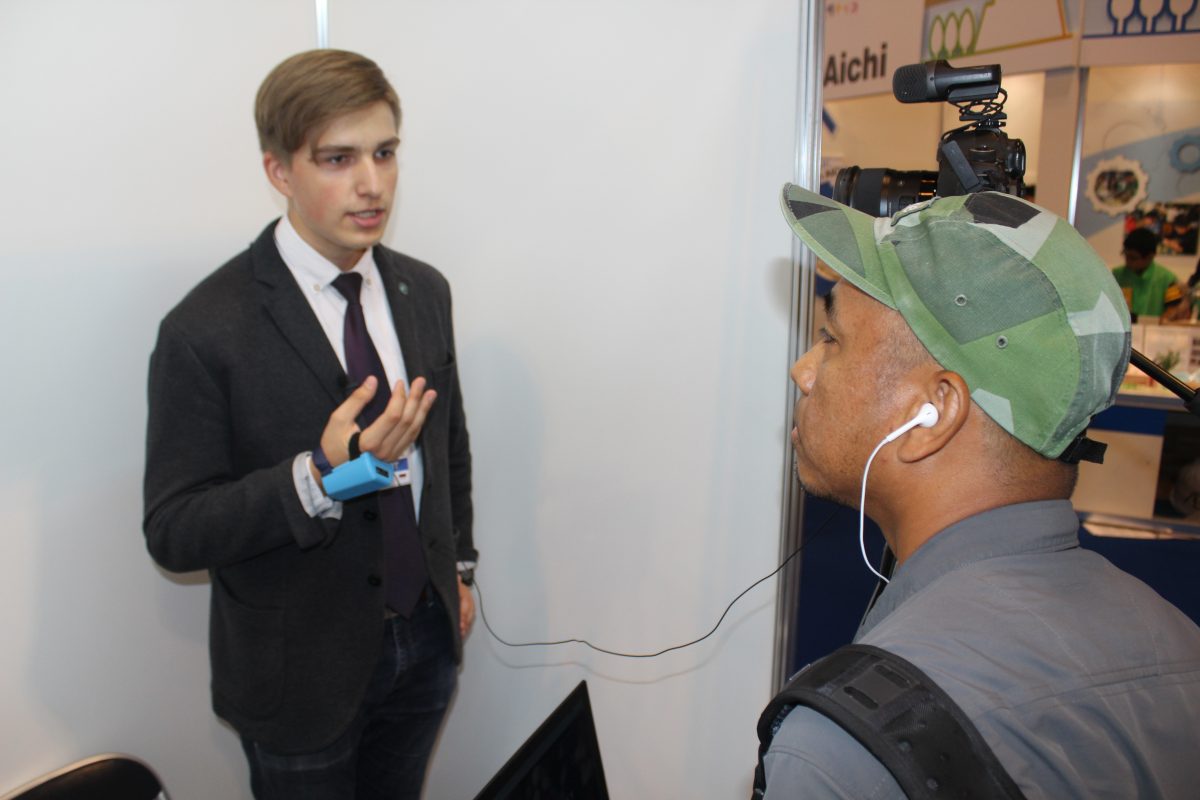 On July 27-29, 2017, the 13th International Exhibition for Young Inventors (IEYI) was held in Nagoya (Japan), where more than 200 students and schoolchildren aged from 6 to 19 years from China, Japan, Korea, Taiwan ,Malaysia, Thailand, India, the Philippines, Hong Kong, Russia and many other countries took part.

In addition to the stands of young inventors, the exhibition also featured sponsor companies – the largest Japanese corporations, including Toyota Motor Corporation and others. Among the guests were many high-ranking officials, including representatives of the government of the prefecture of Aichi. Despite their young age, the participants demonstrated excellent training and a high level of knowledge in the field of innovation presented by them.

For the first time in 2017, young inventors from Russia took part at the exhibition. According to the results of the competitive selection, 11 projects were selected from the areas of health, safety, ecology, information technology and robotics. They were presented by participants from Moscow, St. Petersburg, Vladivostok, Komsomolsk-on-Amur, Perm and Sarov. According to the results of the exhibition, the Russian participants won five medals. The guys got one silver and four bronze awards. The tenth-grader Maxim Bushuev from the city of Sarov received the silver medal. He brought a miniature robotic car, capable of recognizing traffic signs and traffic lights, as well as slowing down or stopping depending on the information received. Bronze awards were won by students of Moscow schools Dmitry Zatekin with the invention “Robots with adaptive interaction for the program of research of the Moon and Mars” and Stepan Lapshinov with the invention “Robot who can perform life-threatening work” and Irina Maslennikov from Perm with the project “Portable retainer for immobilization of the victim with a fracture “and Maria Yushkina from Sarov with the project” Autonomous system capable of determining the direction to the sound source. ”